During flu season, the warnings are clear – don’t touch anything due to risk of infection. But when it comes to your information, you risk everything if you don’t learn to touch your data! Staying in touch with your data will result in amazing discoveries, including accountability. Here are a few case studies to prove our point.

Our company once received a desperate call from a publisher’s representative in regards to a magazine we were working for. “The advertiser threatened to pull the schedule. There aren’t enough inquiries. What can you do to help?” the rep exclaimed.

We examined the ads that were running. The product being advertised was an American With Disabilities Act product. We proceeded to obtain the leads that were generated and looked at them by running demographic profiling methods.

One of the inquiries came from a person with the title ADA Consultant. The company he worked for was one of the five 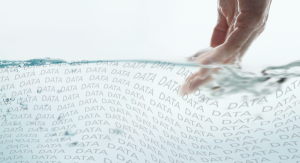 leading trucking companies in the US. We touched further by calling the inquirer. It turns out this ADA Consultant was in charge of renovating every property owned by his employer to meet the standards set by ADA legislation.

We prepared a presentation centering on this individual (and a few other leads) that the sales rep then sent to the advertiser. The advertiser, which had not touched the data, phoned the rep within fifteen minutes and invited her to California to discuss next year’s schedule.

On a separate project, we studied five batches for five advertisers for one publisher (Confusing, right?  Stick with us, it’s worth it). In the first batch, we found David E. David (name changed to protect the innocent). He listed himself as working for a state agency with the title of Administrator. We merged/purged that batch with the second batch and were surprised to find the same David. In fact, David turned up in all five batches!

Curious, we then interviewed the five advertisers to find out if they knew about David. Two of the five called David a Literature Collector because the lead reports they received said David circled more than ten numbers. These advertisers didn’t even fulfill David’s request for information. The other advertisers were unaware of David or any other of the names they had generated because they had no analytical system in place.

As it turns out, David WAS a literature collector. He collected for about ten departments for the state where he worked. He was a mechanical engineer with the responsibility for finding out “what’s new” and then sharing it with his fellow engineers. You couldn’t begin to sell in his state without passing through David first.

Studies have found that the more numbers an individual circles, the more likely he is to be a primary trigger puller in a buying situation. Instead of being dismissive, a little investigation into our data revealed David to be someone of great interest and potential.

Stay in touch with your data. Carefully reviewing your data often will keep you informed and aware of what your data has to offer. Keep digging, you never know what remarkable rewards you might discover.